In Deepfake Serenade, Chris Banks’s sixth poetry collection, irreverent charm, emotional distance and surprising hot takes leap off every page. He writes in the title poem, “Inside every one of us is a deepfake. A holy ghost,” suggesting people have a choice to feel either like sad imposters or, if they’re brave, like survivors staring down a world both utterly familiar and strange. These poems, sometimes narrative, sometimes surreal, oscillate between these two extremes as they confront middle age, new love, renewed optimism and memories, all with Banks’s signature wit and inventiveness. This collection is for anyone who has ever wished to wear “a halo of knowing,” or to be “the sparks flying” when outer phenomena and inner impulses collide. “Earn your rewards,” Banks writes in one poem, and we do, with every turn of the page.

“Poetry is an act of mischief,” Theodore Roethke famously once said, and Chris Banks takes this as his credo in Midlife Action Figure. His subject matter ranges from the familiar to the surreal, taking readers through poems that are both wondrous and strange, heartfelt and humorous, controlled and impatient. Whether calling a tree “an anthology of leaves” or describing time as “a Fisher-Price View-Master of ‘first kisses’ and ‘no return’ policies,” Banks approaches writing as if anything might make for alarming, strange, and dizzying verse.

Banks knits together wit with wildly inventive imagery as he follows his poems outside convention where they play with stolen matches. Capable of both deep introspection and the quick turn of phrase, he places his tongue firmly in his cheek as he looks for a measure of human wonder in this intermission between TED Talks and the apocalypse. Midlife Action Figure is a tour de force for anyone looking for that rare book that is as exciting as it is provocative, showcasing both pathos and humor, while it explores what it means to be alive in the early 21st century.

Consciousness and nostalgia in the Swipe Right age.

The Cloud Versus Grand Unification Theory attempts to find poetry, or what Gwendolyn MacEwen once called “a single symmetry”, amid the chaos of 21st century life. A powerful catalogue of loss and human connection, it considers not only how our identities are formed by places and experiences rooted in childhood, but also by digital newsfeeds, Youtube and the “gospel of Spotify” which increasingly shape our modern lives. These poems trace in intimate detail the various ways the speaker is forced to confront such diverse topics as quantum physics, video arcades, mental illness, climate change, road rage, alcoholism, endangered species, and even a gigantic Noah’s Ark replica.

Banks is a poet known for packing his lines with thought and feeling, but in this new book even he concedes, “It is hard to keep the world together through paradox, by thinking and feeling alone. Ask questions to the darkness, and a voice will speak back.”

It’s that voice that every poem in his fourth collection is chasing. Building on the generous work of John Koethe, Larry Levis and Ada Limon, Banks’s wildly expansive, often lyric, deeply accessible poems are brilliant meditations on what it means to be human in a brave new world of “cloud” computing and smart phones.

Inspired by a group of herons resting near the author’s home towards the end of a long and difficult winter, this collection of poems employs the crane—the symbol of longevity, immortality, and good fortune in Asian folklore—as its dominant image. Questions such as How do we make sense of our lives? and What is the role of the imagination, art, and place in shaping our vision of the self and teaching us how to be human? are explored using unabashed lyricism and a wry, philosophical style.Winter Cranes demonstrates Chris Banks’s ability to be an uncompromising poet, determined to understand his experience of a world constantly changing around him.

The Cold Panes of Surfaces is the moving second collection of poems from award-winning author Chris Banks.

Rooted in the pastoral tradition of Wordsworth, Frost and Wallace Stevens, The Cold Panes of Surfacesdescribes the Southern Ontario landscape of trains, lakes, moose and pine with unflinchingly sharp image and metaphor. In so doing, he brings to it a distinctly modern edge, meditating on “the rent we are paying to the planet for our waning lives.” Here, beetles become “child kamikazes… a wallpaper of yellow-winged flames” and the planet is a “Museum of Natural Beauty.”

Banks takes imaginative leaps into the worlds of a magician’s assistant, a fifteenth-century Japanese poet, and the Muse. Most of all, these poems eloquently describe childhood, loss in all its forms, the vagaries of relationships, and being “a sullen young man / caught in the world’s fist.”

The Cold Panes of Surfaces is a remarkable collection, and a fitting follow-up to Banks’ award-winning first book Bonfires. 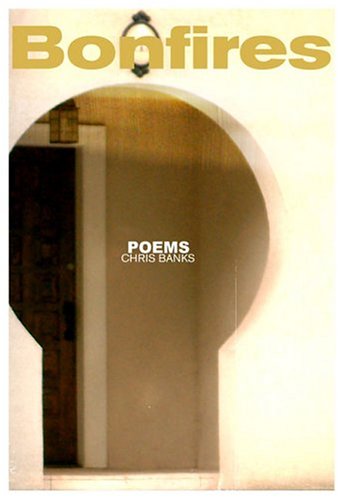 Framed within the rural landscape of southwestern Ontario and Al Purdy’s “country north of Belleville,” Banks turns his pen to modern life and the small domestic urgencies that arise from it. This is a landscape we are all familiar with – grocery lines, “chemical-green lawns,” piles of gas bills and tax receipts, endless whirring highways and “a nacreous moon shining/ over condominiums.” A pointed and unrequited longing underpins Bonfires, but rather than toil in the darkness of his daily observations, Banks presses on to show us the essential centre where “everything disassembles itself / into some new clarity here.”